As a Hotel / Motel owner or manager, you know how difficult it is to remove cigarette odors from a hotel room. Smoke odors are known to affect and have a negative impact on one’s health, and can make a living space unbearable. Whether it is from a fire or cigarette smoke, it is one of the most stubborn odors to remove and can cost thousands of dollars to eliminate. At the same time, it is vital to remove hotel room odor completely to keep your guests happy. Loss of business from unhappy guests can definitely harm your hotel’s brand and future business. 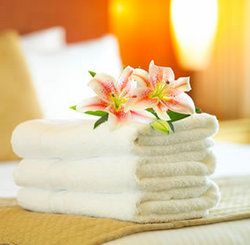 Odorz X is applied by using high density cold fogging machines without causing damage to furniture, fabrics or fittings. The fogging system in particular is a simple and cost-effective solution for room disinfection and infection control applications.

Did a guest smoke in your non-smoking room? Bring sparky along for the family vacation? .

Nothing drives customers out of your hotel room  faster than a room full of CIGARETTE & CIGAR SMOKE!!!

From pet odors, smoking issues, moisture problems or food and beverage scents, we have the solution.

Our EPA approved chemicals penetrate those same fibers to actually deactivate the odor causing source. We also utilize a dry fog as well, which fills the room, reaching all surfaces, including the walls and ceilings. Your odor-free room is ready to rent in just a couple of hours, not days.

Our system is not only effective, it’s affordable!

The air that we breathe greatly affects our quality of life. The odorzX Process will ensure that your indoor air is clean, fresh and safe

We remove odors from your home , business , RV , car , boat or airplane !